We all are living in the information age means computer age or technological era.From the last several decades, we have changed very rapidly from our traditional industry system to the information-oriented industry system. If we observe, we are surrounded by technology from all sides and it is being used in some way in our daily routine and now we are in a situation where we cannot separate ourselves from it. Now, when it comes to its use, it is visible that big countries around the world are racing in the same direction that how to use the technology more and improve their economies at a global scale by maximizing their productivity. India is also working continuously keeping this intention in mind so that it can advance its technology more and due to this, India has tried to put more and more emphasis on the technical education by making changes in its education system so that it can produce workforce according to the global demand and many higher institutions in many states of India are contributing in it. One among such institution is VIT (Vellore Institute of Technology) which is very famous for its technical education (B.Tech) across India and for the admission in the B.Tech program in this, the student has to give an entrance examination, VITEEE (Vellore Institute of Technology Engineering entrance examination).

On 5 July 1984, VIT was established as Vellore Engineering college by G Viswanathan with an initial offering of 20 UG courses, 34 postgraduate, 4 integrated, and 4 research programs, and later it became the Vellore Institute of Technology. This institute is accredited by NAAC with grade ‘A’ and already completed its 3 cycles and running in fourth. It is also accredited by the NBA under which it has completed 2 cycles of accreditation. Not only this, it has been ranked number 1 in private intuition in the ranking in the field of engineering and technology in India and ranks among the top 450 universities in the world.

VITEEE is the only channel to get the admission in its BTech course over its all university branches (in Hyderabad, Chennai, Vellore, Bhopal). The registration forms for the 2020 exam were released in September 2019, the last date of which was 29 February 2020, but due to the ongoing lock-down of Coronavirus in India, its last date has been extended and further, the date of the exam has also been postponed from April and not declared yet. The selection process is entirely based on merit and seats are allocated on as per the rank secured by the candidates in the entrance exam. The examination is completely online based and of two and a half hours. Talking about the eligibility criteria, the student should be a domicile/nondomicile of India and must have got a minimum aggregate of 60% in Physics, Chemistry and Mathematics or Biology in Class 12/equivalent (50% for the candidates hailing from Jammu and Kashmir/ Ladakh and the North-Eastern states of Arunachal Pradesh, Assam, Manipur, Meghalaya, Mizoram, Nagaland, Sikkim, and Tripura) and more details are available on their website. So if you need an kind Online assignment help, we are here to help you.

That is only about VIT, but the local authorities have made some other arrangements specially or we can say more oriented toward the local student of the state. They conduct TNEA (Tamil Nadu Engineering Admissions) offering admission for undergraduate engineering programs in the colleges of Tamil Nadu. But for many years, no written entrance exam is being taken for this and the selection is completely depending on the marks secured by the candidates in their Class12 or equivalent and rank achieved in counselling. It is conducted every year by the Anna University on their campus on the behalf of state government. The TNEA 2020 application is expected to be released at the beginning of May 2020 through online mode and the counselling will get started in the month of July and the age bracket for the application is in between 18 years to 25 years. The specialty of the eligibility criterion of this exam is that it is mandatory for a candidate to be a domicile of Tamil Nadu or not from Tamil Nadu but he has done his Class 12 from Tamil Nadu or his/her parents working in Central or State government or the child of All India Service Tamil Nadu Cadre officers.

This way Tamil Nadu is trying to make its education system technologically rich from every aspect by improving its policies and implementation more technology-oriented programs to produce a better workforce for a better future.

Do you want to watch free streaming movies online? Xmovies8 is one of the options 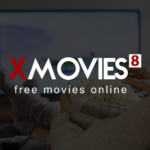