Tetris is arguably one of the most popular games in the world. Even after 30 years since its release, this game is still a must-have. It is estimated that over 1 billion people have played Tetris games. This could be because this game is super great and offers gamers an excellent gaming experience.

The history of Tetris

The world’s greatest block games was created in 1984 by Alex Pajitnov, a young researcher at Moscow’s Academy of Science. His source of inspiration was a board game called Pentomino, which he used to play as a youngster and decided to base his project around the concept of Tetrominos.

Instead of using 12 Pentrominoes, which are shapes that consist of five squares, Pajitnov opted to design the game using seven distinctive playing pieces, which are made from four squares known as Tetrominos. With this, he was able to create a puzzle whereby players have to fit the blocks together to fill the whole row.

Tetris’s popularity took off right away despite its simple origins. It started to gain fans around the Soviet Union. But it even became very popular and a global phenomenon when the game became a deal with Nintendo in 1985. Since that time, there have been various variations published across the globe, but all of these variations are centered on the original idea by Alex Pajitnov.

Why game developers still drew their inspiration from Tetris

Of course, Tetris is a game that is worth inspiring game developers. Despite its simple origins, this game has become the most successful and popular game across the world. This proves that game developers don’t need to spend millions of dollars developing games. It is all about being creative and incorporating features that can make the game interesting and worth playing.  When a game has these features, it will definitely be addictive and stand the test of time just like Tetris. Other than its sadistic way of hooking players in, this game is also very relaxing and mind-stimulating. It can help you put your mind to work.

So, what makes Tetris great to be an inspiration?

It is no secret that Tetris is an addictive game. That could be because the game is simple and easy to play. It is appealing to many players because it is both intellectually and visually challenging.  Playing a visually appealing game such as Tetris is good for your mental health. Another thing with Tetris is that it keeps us coming back for more even if the process is never-ending.

Tetris takes hostage your attention and provides the enjoyment of getting things done while finding great pleasure in the short-term success even if the player knows that it is going nowhere.

Of course, Tetris is an incredible game that is worth everyone’s time, whether game developers or players. Believe it or not, there is a perfectly good reason why Tetris is the world’s greatest puzzle game. 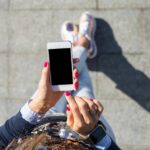 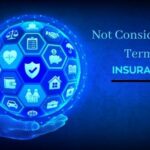 Not Considering Term Insurance in 2021? Here’s Why You Should