When it comes to taking care of your health, all the fitness classes and gym memberships in the world won’t help you if you end up falling victim to a smoking-related disease.

Of course, training regularly and having a healthy diet is all good and dandy, but why hamper your progress with an otherwise healthy lifestyle with a habit as nasty as smoking?

The thing is, other than having the capability to trigger horrible diseases down the road and make your clothes and breath smell like an ashtray, cigarettes can also be detrimental for your workout gains – especially if you have trouble putting on weight. You see, inhaling tobacco smoke creates a false sense of fullness, so your appetite will go down, together with the potential muscle mass you could have accrued had you discarded the foul habit of smoking.

In this article, we’re going to list 5 most effective ways you can quit smoking. The trouble with smoking is, of course, that it’s mighty addictive, so no technique’s going to make you wean off it without you having to put in some proper effort.

That said, these 5 ways will give you a better chance of soldiering through this sensitive period.

Right then, without further ado, here’s the deal.

5 most effective techniques for quitting smoking

Representing one of the sneakiest ways you can unlearn to crave cigarettes, nicotine replacement therapies can do wonders for smokers who struggle to wean themselves through any other conventional tactics, so to speak.

So, the main idea behind a nicotine replacement therapy, as its name itself suggests, would be to replace one source of nicotine with another, and then gradually reduce the amount of nicotine you use until you reach the magical digit of nill.

When it comes to cigarettes, nicotine represents one of the least harmful ingredients, so ingesting it through either a skin patch or chewing gum won’t harm you. (It’s the tar, various taste additives, and other chemicals in cigarettes that make them so dangerous for your lungs.)

As mentioned above, a nicotine replacement therapy typically includes either nicotine-infused chewing gum or a skin patch. Since nicotine is a stimulant (which is why cigarettes are so addictive, by the way), chewing on the gum or sticking the skin patch on your body will produce the effect of satisfaction, meaning you won’t crave the nicotine anymore. (For the time being, of course. You have to make these a couple of times a day – depending on how heavy a smoker you were.)

No doubt, one of the best counters to a wide variety of addictions and similar behaviors would be to work out. The schematics behind the workout approach to quitting smoking is quite simple. Smoking makes your brain release feel-good chemicals, which is why you crave it more.

On the other hand, working out also makes your brain release those chemicals! So, the idea is to, instead of smoking regularly, you engage in vigorous workout sessions and so switch your brain’s feel-good center from nicotine to the natural hormones that are released during and after a workout.

One of the most important things you need to understand about working out as a means of quitting smoking is that the cravings won’t go away instantly after you’ve done a couple of push-ups. You’ll still have to struggle quite a lot to take full control of your cravings. And here’s another thing – cravings may pop up years after you’ve quit smoking, so it’s not about never again wishing to have a puff, but learning how to control these urges and how to live without the need for constant nicotine fixes.

Here’s an annoying fact – many people are addicted to smoking not only because of the nicotine inside (and God knows what else), but also because it’s a social habit. And to a lesser extent – because they have an oral fixation and want to fiddle with something in their hands.

So, the problem of quitting smoking just got a little bit more complicated for many folks. Now, lest this turn of events discourages a potential ex-smoker, here’s a piece of good news to counterbalance the bad stuff.

You can get onboard the e-cigarette train and quit smoking without ever technically dropping the habit! The idea is to replace the harmful chemicals in real cigarettes with carefully organized mixtures they put in e-cigarettes. This way, you can still enjoy a sort of smoking experience, while not poisoning your body in the process. What’s more, there are many different tasty and rare e liquids and mods you can try out, so you will never get bored!

4) Get in Touch with a Support Group

If you’ve decided to quit smoking, the good news is that you’re not the only one.

There is an ever-increasing number of people who fancies ditching the habit, so you won’t have any trouble at all finding a local support group you can become a part of. This way, you will have killed two birds with one stone – you will be in the process of quitting smoking AND you will find a group of likeminded people ready to join you in this tough but rewarding journey!

5) Change Your Diet and Drinking Habits

This tactic works best when paired up with the workout one described in entry number 2.

The basic idea is the following: plenty of smokers like to light up after a hearty meal or while out on the town drinking. So, to cut the habit of smoking out, how about you do something about your food and drink routines?

As far as strategy is concerned, what you need to do is start eating healthy and cut the amount of alcohol you ingest weekly. Simple enough, but it may just do the trick!

All things considered, quitting smoking is a difficult feat to pull off, so you shouldn’t be too harsh on yourself even if you don’t make it the first time around. That said, continuous effort and never giving up is what never fails to pay off in the end, whatever technique you decided to go for!

How Would You Choose the Best Transport Logistic Services? 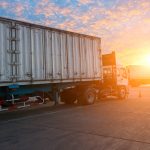 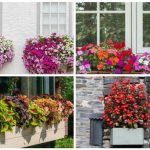 Enjoy Your Flowers from the Inside with a Window Boxes.