In today’s time with manufactured medicines being readily available, they have become our first approach towards healing. But is this the only approach? People forget that it all started with medicinal plants. Treatment with the help of herbal plants gives a boost to both the physical and mental health of a person.

The World Health Organization has estimated that around 11% of the 252 drugs which have been labeled ‘basic and essential’ are ‘exclusively of plant origin’. The popular drugs like codeine, quinine, and morphine, all have plant-derived ingredients.

Though these engineered medicines have become a predominant aspect in our lives, it is reassuring to know that we still have Mother Nature on our side. Here are 7 magical plants that are very popular in medical treatments and can be easily added to your health regime.

This brilliant orange herb originating in India has been used as a medicinal herb for around 4000 years and is the base of Ayurveda. Turmeric is found to contain anti-cancer properties and can prevent DNA mutations. Owing to its anti-inflammatory properties, it is widely used by people suffering from joint arthritis.

It is a popular cooking ingredient and recent research has found that it is useful in the treatment of dermatologic diseases. Turmeric is better when used as an herb than as a supplement. Its long-term usage might cause some stomach issues. Turmeric is most beneficial when consumed with pepper.

Flax seeds are one of the very few plant-based sources of omega-3 fatty acids. They have been recognized for their anti-inflammatory benefits and their ability to prevent colon cancer and reduce blood pressure. It is also noted for reducing obesity.

It can be added in oatmeal and smoothies, or can be consumed in the form of tablets or oil. Unripe flax seeds must not be consumed because they can be toxic. Keep in mind that flax seeds have an effect on estrogen production in women, especially when they are pregnant or have a history of cancer.

The tea tree oil is produced from leaves of a tree native to Australia. It is widely used for the treatment of skin conditions such as acne, dandruff, insect bites and athlete’s foot. Research cites that it has antimicrobial powers that can be used to heal topical skin infections and slow the growth of acne-causing microbes.

This ancient medicinal herb which has been used for around 3000 years for its ability to increase strength, is one of the most important herbs in Ayurveda. Ashwagandha is the Sanskrit for the smell of horses. It is excellent for relieving stress and improving concentration.

Studies have found that Ashwagandha reduces blood sugar levels and shows some anti-cancer properties. It also regulates cortisol, a stress hormone. It is effective in reducing the symptoms of depression, anxiety and many hormonal problems in men like PE and ED.

This aromatic, purple flower is widely praised for its anti-anxiety and mood-enhancing powers. It soothes dental pain and migraine and is used as a sedative due to its sleep incurring properties.

Lavender is most effective when applied on the skin in diluted form or when used in aromatherapy. However, it must be consumed carefully as it may cause skin irritation and is poisonous when taken orally.

This medicinal plant, which is also a popular tea flavor, is widely known for its anti-anxiety effects. It is even safe for long-term usage and has a potential in anti-cancer treatments. Chamomile can be taken in the form of liquids, capsules or tablets. It is beneficial for stress and insomnia.

While consuming, remember that it may cause allergic reactions and can interact with blood thinners.

This vibrant yellow flower produces oil that lessons PMS pain and is effective in the treatment of mild skin conditions such as eczema. It eases breast pain. It is a cure for inflammation, diabetes and blood pressure. It is also used in the treatment of multiple sclerosis and PCOS.

Its use is not safe during pregnancy and it may interact with certain blood clotting medications.

Sometimes plants can do what the chemicals in the medicines cannot. Plus, without any side effects! So, reckon the power and learn to leverage it. 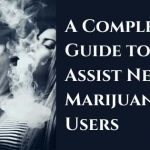 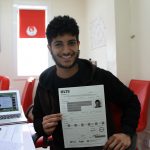