Must Experiences for a Heart-warming Trip to Ladakh

Leh-Ladakh is simply out-of-the-world beautiful. Its sheer wondrous beauty can never be described in words. Ladakh has to be experienced to realize the magnanimity of the mesmerizing mountains and sensational landscapes. Ladakh is situated in the folds of two of the world’s highest mountain ranges: the Karakoram and the Great Himalayas.

The breath-taking beauty of this place leaves you overwhelmed. Ladakh is a bowl of simple, stark beauty that cannot be compared to any other tourist destinations of the world. It is heaven on earth.

It strangely faces the contrast of the glaring sunbeams to brighten your spirit and the coolest of environs enough to give you frostbites. There is no dearth of adventure in Ladakh through its numerous options of thrill activities such as trekking and river rafting.

Ladakh is known for its rich natural bounty. It has the right mix of all the essential ingredients such as mesmerizing snow-capped peaks, rugged, jagged, steep and sky-high rock faces, undulating terrains, serene, intoxicating lakes, frozen deserts, charming rivers and exuberant Buddhist heritage.

Ladakh is unique as it is the highest habitable place on earth located at a height 5000 metres above sea level, approximately. 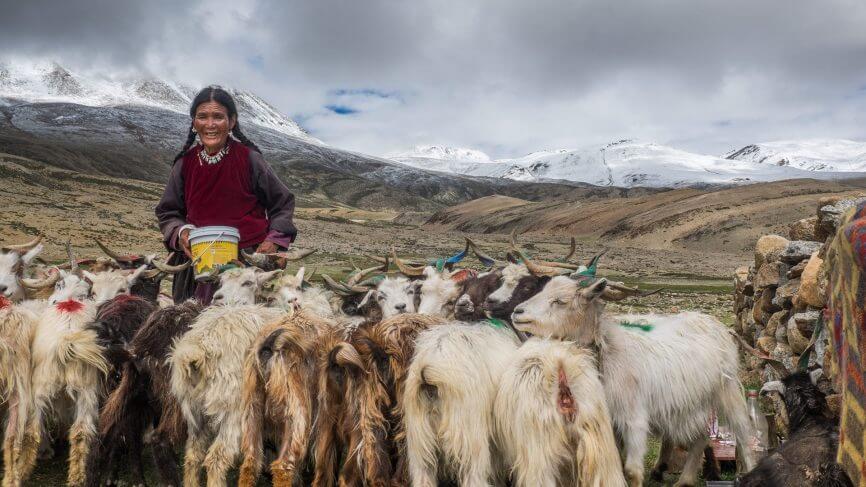 If you interact with the people of Ladakh, it would not take you long to realize their simple nature and innocent, free spirits. While you enjoy the warm hospitality along with the beauty and innocence of natural creation and landscapes, you will feel overwhelmed.

You will also get to see how daily life is a constant struggle and the hardships that the common people of Ladakh face, battling with the harshness of the wildly exotic nature.

The Enchanting Monastic Feeling of Ladakh 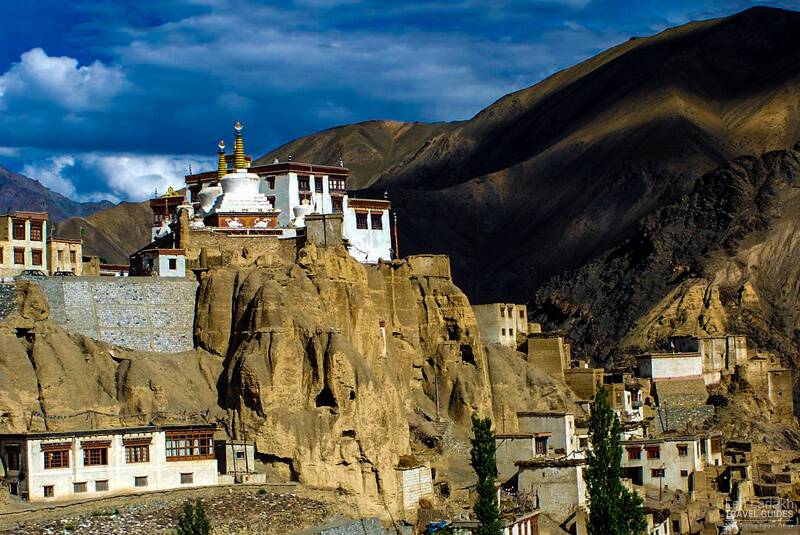 Ladakh takes your mind and heart by storm with its architectural uniqueness and spirituality. The trip to the overwhelmingly peaceful Buddhist Monasteries will set your mind at peace and intoxicate you with the aura of religious faith, the deep humming of prayers, the colourful prayer wheels, the chanting and the unbroken peace.

Admire the lone standing structures built on a solitary rocks in some surreal edge of a deafening cliff and facing craggy mountain walls. Here you can learn more about the Buddhist Yoga practices of Vipasna that is seeking one’s inner self and Ana-pana-sati that is watching your breath.

The Enchanting Lakes of Ladakh 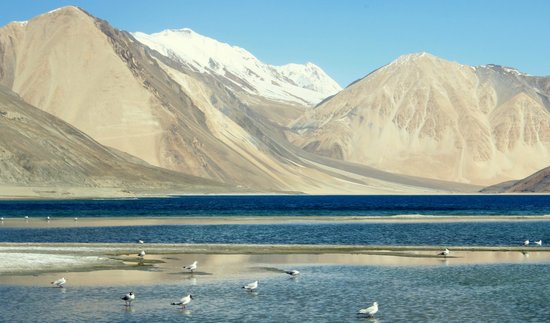 The mesmerising lakes of Ladakh are famous worldwide for their surreal beauty. The unearthly experience of camping on the banks of Lake Pangong and trekking along Indus will leave you feel exhilarated.

As you pass along the bewildering ancient sites that were once bustling with the historical Indus Valley Civilization with City States in the line of Mesopotamia and Rome.

The baffling beauty of Pangong Tso Lake has been manifold widespread after the release of the famous Amir Khan Bollywood flick ‘Three Idiots’. The striking Pangong Tso Lake portrayed in the movie overflows across the Indian international boundary from India to China. This lake is very suitable for late night camping and is a resting shoulder for individuals travelling to Ladakh.

The ethereal beauty of Tso Mori Lake can easily make time stop at its banks forever. The lake seems to a master painting in nature’s canvass by the ultimate Creator on the face of earth.

The blueness of the calm lake waters with the blue white skies, brown earthy and sometimes Blue Mountains combined with the lush-green pastures create a milieu of fantastic and soothing colours. Tso Moriri Lake is second in popularity to Pangong Lake but definitely a must visit while you are in Ladakh on a nature trip.

The Mesmerizing Frozen Desert of Ladakh 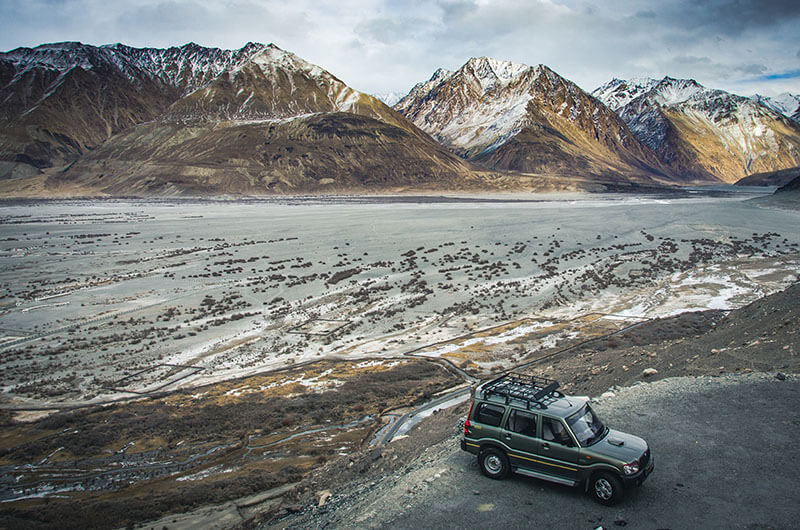 If you want to recall the childhood fantasy of Arabian Nights feel then Nubra Valley in the North East of Ladakh is the place to be. Experience even the deserts donning the best attire and being strikingly beautiful, tucked in the snowy folds of Ladakh mountains.

Nubra Valley is the enchanting land where you find the most famous two humped camels. The history of origin of this desert land from the bosom of the mythical Tethis Sea from where the deeps of Himalayas have risen adds further to the fantasy.

Ladakh festivals are more or less centred around the life and teachings of Buddha. Saka Dawa Festival too commemorates the life of Buddha. It celebrates the greatness of the Lord and people of Ladakh always try to imbibe his preaching and practices in their daily life. People also believe that any noble deed done during the entire month multiplies hundred million times over and is returned.

This festival is thus celebrated for a whole month and the full moon day of the month which is also the fifteenth day of celebration is considered the most auspicious day.

To maintain sanctity of the festive feel and holiness, the people generally avoid eating non-vegetarian dishes and offer charity to monasteries, beggars and monks. Butter lamps are lit and animals that are ready to be eaten are blessed with life by setting them free. Chanting of prayers or mantras are prevalent.

Taste a Plate of Maggi Treat At World’s Highest Cafeteria 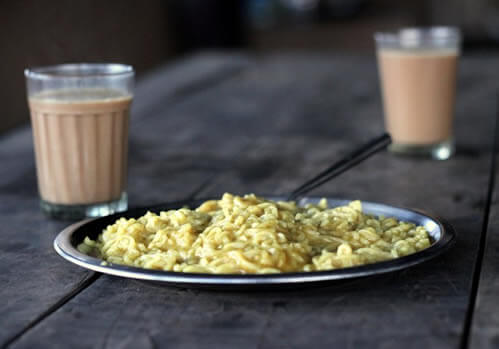 Think of having Maggi in the world’s highest cafeteria. Additionally, treat yourself to masala tea, noodles, and momos here at 18,380 feet above sea level. Rinchen Cafeteria en-route to Khardung La offers this cherishing experience. Indian mountains have always had a strong connection with Maggi. It is here that you can eternalize the moment with the special appeal.

5 Music Festivals That Everyone Must Experience Once 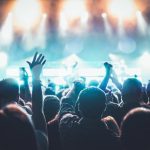 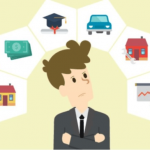 How a Personal Loan Can Be Helpful For Your Career Growth?