However, just because you issued a press release to the media is not a guarantee that they will air it to the public. Media channels don’t just take anything that comes their way. First, they consider whether the material has any benefit to the audience. So, chances are that they may not pay attention to the press release you issued if it doesn`t meet their needs. Nevertheless, that’s never the end; you can try other outlets such as tweeters, bloggers, or any other social media platform.

Which are the Highly Recommended Press Release Distribution Services?

Could it be you are intending to launch an app, music album, or a brand? If so, you may be trying hard to have your press release appear in popular journalist blogs, in social media platforms or media articles with a big following. Such a step improves the value of your business, you get high SEO ranking not to mention that you get increased brand awareness. Your target group can easily find you without struggling.

Linking news has a White Label Service. Hence, your press release will appear on popular media and news outlets. The best part is that the third party is not involved. As a result, the news appears under your brand.

This one is a worldwide press release distribution service provider. It belongs to Cision and has a comprehensive range of PR services. Due to Its broad database of connections, it targets top media outlets as well as the popular journalists in a particular region or industry. PR newswire regional focus makes it the best deal for businesses that target a particular geographic region or industry.

If your target audience is North America or Europe, Globe Newswire is the best choice. Its main focus is on those two regions in the world. However, you can still use Globe Newswire even if your target audience is from other parts of the world. It’s only that it has a special focus on the two mentioned. It’s the largest distribution network. So, you can be sure that your press will access top media and news outlets, in popular newspapers, blogs and so on. 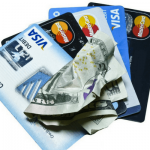 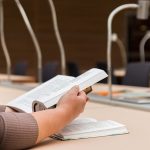